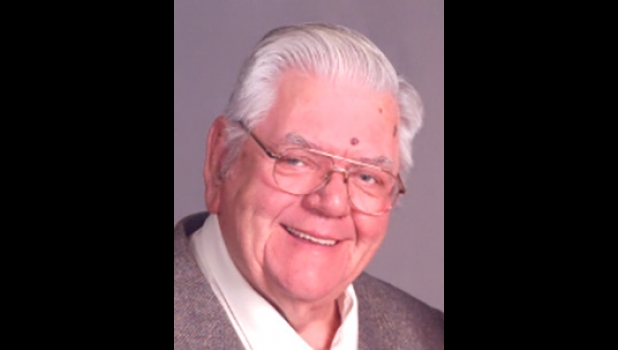 Jacob (Jack) T. Gotfryd, 79, of Pinconning, MI, passed away on Friday, March 12, after a lengthy illness. Jack was born in Detroit, MI, on October 22, 1941, to the late John and Emily Gotfryd. He leaves behind his devoted wife of 58 years, Florence Gotfryd, their children, Rose (Scott) Smith, James Gotfryd, Grace Gotfryd, and grandchildren, Jillian Smith (fiancé Rodrigo Berganza) and Sean Smith (special friend Jenny Dufty Dunn and her sons Ultan & Bodie), his brother Don, brother-in-law Haven (Ruth) Ahearn, several cousins, nieces & nephews, and special friends Don Galloner and Ron Sivik. Jack and Florence were high school sweethearts, married on September 8, 1962 at St. Valentine’s Church, Beaver, MI. The two things they enjoyed most were spending time with their family and traveling across the country. They enjoyed any time they could plan a trip or just go for a ride anywhere in Michigan. They also seemed to know just about everyone. Jack taught his children to always wave back at everyone who waved whenever driving through town in his big blue truck. People would stop him nearly everywhere to say hi or chat, and you couldn’t get away without one of his giant handshakes. Those who knew him would also stop his children to ask “how’s your mom and dad?”, and to “make sure to tell them hello”. In his prime, he could build or fix nearly anything. He was strong, and at 6’ 4”, he could do just about any tough job there was. Jack worked for NTD in Pinconning for 33 years, retiring at age 56. Jack and Florence then spent several years traveling across America, visiting 48 states and enjoying attractions in every corner of the country, often taking along their daughters or grandchildren. He had determination, a strong work ethic, and fierce dedication that he passed along to his family as he worked other jobs, keeping busy even after retirement, including his last job at Schafer’s in Pinconning, where he and Florence delivered vehicles for several years until their final retirement in 2020. Jack was a founding member of the Garfield Township Volunteer Fire Department and served his community for many years. He was a member of the Knights of Columbus and Holy Trinity Catholic Parish (St. Michael’s Church), as well. He was preceded in death by his brother Carl and two sisters-in-law, Irene and Shirley Gotfryd.

Cremation has taken place. Visitation for family and friends will be 10:45-11:00 am on Saturday, March 20, and funeral service will follow at 11:00 am at Holy Trinity Parish, 225 S. Jennings St., Pinconning, MI. Funeral arrangements are provided by Lee-Ramsay Funeral Home, 107 E. 2nd St., Pinconning. MI. Jack will be laid to rest in Garfield Township Cemetery following the service.