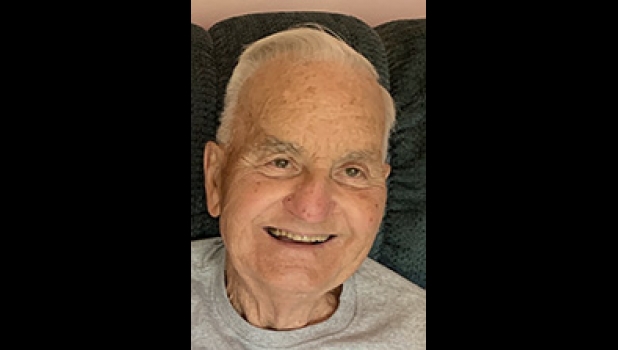 Lawrence Ernst Sr., age 84, loving husband. father, grandfather and brother went to be with his Lord on March 31, 2021, at his home with his loving family by his side after a long battle with cancer. He was born on May 31, 1936, in Sandusky, MI to the late Pete and Virginia (Taylor) Ernst. He then moved to Rhodes, where he graduated from Pinconning High School, the first graduating class of 1954. Lawrence retired from Dow Chemical in 1993 after 36 years of service. He married the love of his life Catherine (Kit) (Kanyo) Ernst, on June 29, 1957, at the Rhodes Missionary Church. They were married for 63 years and moved to Pinconning in 1962 where they raised their family. Lawrence enjoyed spending time with his family and cherished his time with his grandkids. His favorite hobby was hunting. He also enjoyed watching the Tigers and also watching his grandkids play sports. He is survived by his wife Kit of 63 years, a son Larry (Linda) Ernst, grandchildren Kyle and Andrew (Kristi), and great grandchildren Drew, Ryan, Raelyn and Alivia a daughter Kim (Mike) Antcliffe, grandchildren Mandy (Tim) Foltz, Daniel, great grandchildren Brianna and Keegan, son Darryl (Kathy) Ernst, grandchildren Corey and Janae, a son Randy (Pam) Ernst, grandchild Shawna (Matt) Eigner, great grandchild Juliette. Sisters Marie Potter and Joyce and Ron Krol. In laws Rosy Martin, Mike Kanyo, Betsy Hutek, Nan and Stan Strelecki, Pauline Bargeron, Jeanne and Charlie Piotrowski, John and Chris Kanyo, Sue and Steve Skryzinski and several nieces and nephews. He was predeceased by his parents Pete and Virginia Ernst, sister Greta Edmonds, brother Leonard Ernst and his best buddy Keeno (Ponch) his dog. Per Lawrence’s request cremation has taken place.

Arrangements have been entrusted to the Lee-Ramsay Funeral Home.