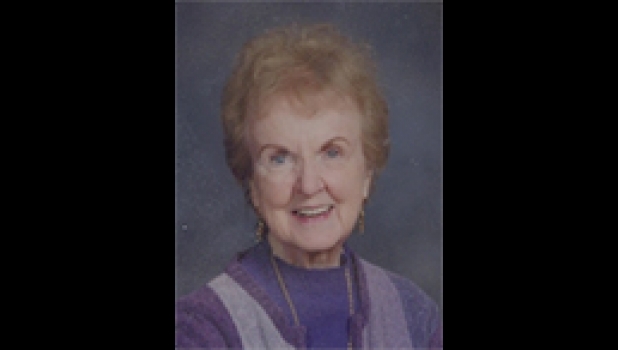 Our beloved mother, grandmother, aunt and friend, Mary (McDonald) Flood passed away peacefully on Tuesday, February 16, 2021, with her loving family by her side. Mary was born a first generation American in a flat on the East side of Detroit on January 3, 1928, to Roy Diamond and Margaret (McDonald) Smith. Growing up in Detroit Mary started singing in her church choir at the age of 10 and has been singing ever since. She would walk the 20 blocks to Belle Isle to either go speed skating in the winter or canoe the Detroit River to Windsor in the summer. She graduated from East Commerce High School in August 1945 and worked for JL Hudson Company as a model and later worked for the Detroit Free Press as a section editor and was a member of the USO. She met the love of her life Emil Flood through her good friend Marion (LaBrosse) Lucke. Mom and Dad married in Detroit in 1952 and moved to Linwood. She worked in the Administration and Counseling offices for the Pinconning Area School District from 1965 until her retirement in 1987. She was also a trustee for Fraser Township, and on St. Michaels parish council where she started up Noah’s Ark at St. Michael’s Church. Mary was an inspiration to her family and friends and has given us a lifetime full of memories. She especially loved spending time with her grandsons, (grandmas lamb chops) and organizing pool parties and singing around the bonfire back at the farm. She met all things with class and dignity and even though she was a very private person we are all better people for having known her.

Mary is survived by her son Douglas Flood, daughter Mary (Thomas III) Warren, grandsons, Joshua (Mariana) Flood, Thomas (Victoria) Warren IV and four great-grandchildren, Lucas and Emily Flood and Thomas V and Alexandria Warren. She is also survived by many nieces, nephews, and friends. She was predeceased by her husband Emil, her son Donald, parents, brother and sister-in-law, Donald (Mary) Smith and sister and brother-in-law Jean (Leon) Bleshenski. Family Funeral Mass will be celebrated from the Holy Trinity Catholic Church with Rev. Fr. Kevin Maksym presiding with burial in St. Michael’s Cemetery. The family would like to extend a heartfelt thank you to Tessa, Lavie, Joseph, and all the past and new staff at Linwood Residence and The Hospice care team, for all of the kindness, compassion and love that they have shown Mary through these past ten years.

Arrangements have been entrusted to the Lee-Ramsay Funeral Home.