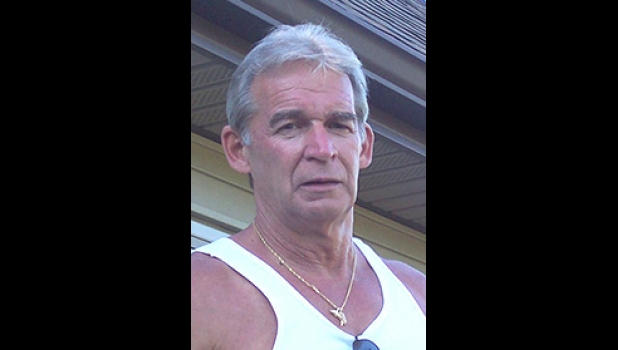 Robert “Bob” Arthur Laughton of West Branch, MI and Sun City Center, FL. Our loving and loyal husband, dad, grandpa, brother, and friend passed away at the age of 74 on July 14, 2021 at home, surrounded by his family and his sweet little dogs, Macie and Milo. Bob was born on August 30, 1946, in St. Clair Shores, Michigan to Robert and Vivian (Simler) Laughton.

Bob worked over 34 years at General Motors and retired at the early age of 52. Never one to sit idly he took a part-time job at Ace Hardware in Sun City Center, FL working during the winter months for nearly 20 years and loved helping customers with their repair needs. Bob was also a long-time member of the Loyal Order of the Moose, first the #440 Chapter in Skidway Lake and then the #813 Chapter in Ruskin, Florida and loved taking visiting family to the Chapter on the beach of Anna Maria Island, Florida.

For many years, Bob was never without his camera, taking photographs of the nature that surrounded him. He entered his photos in the Ogemaw and Iosco County Fairs where he always won many ribbons, including a Best of Show at both fairs, a few of his photos now hang in his two homes.

He loved spending winters at his home in Florida and Summers in Michigan at his cabin on Sage Lake as well as at his camper located at Warblers Cove in Lupton. He so enjoyed spending weekends at the camper with his children, family, and friends, sitting around bonfires, cookouts, and golf cart rides in the woods. He loved attending and rooting for his grandkids at their sporting events, he was so proud of all of them. Let’s not forget the rummage sales where he was always on the hunt for that one-of-a-kind item or some nifty little gadget or collectible. Bob was a role model for hard work, kindness, and family. Nothing in this world was more important to Bob than his family.

Arrangements were handled by Steuernol & McLaren Funeral Home in West Branch. Online condolences can be shared at www.steuernolmclaren.com.