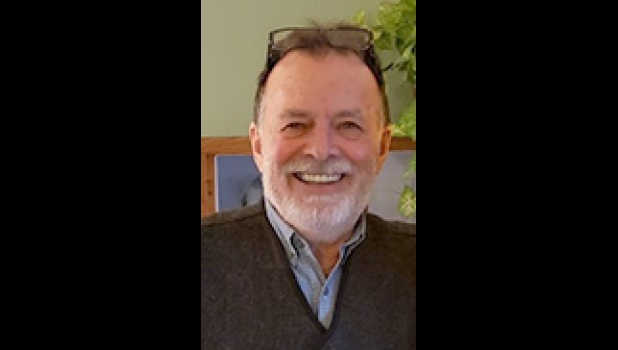 Bob is survived by his wife of nearly 48 years, Kristine (Campbell) Foster, four daughters: Nicole and her husband Casey Sulak, Michelle Foster, Katie and her husband Aaron VanLandschoot, and Kim Foster, and four grandchildren: Landen, Jameson, and Austin Sulak, and Veda VanLandschoot. He is also survived by three brothers and six sisters and a large extended family. He is preceded in death by his parents Donald and Betty (Stark) Foster.

Bob met the love of his life, Kris, while serving in the Armed Forces in Germany shortly after graduating from Pinconning High School. Together they traveled across the country, until they settled in Boyne City to raise their “four angels”. Bob worked tirelessly to support his family operating a tool and die shop with his father. His hobbies included woodworking, photography and endless home improvement for himself and others. He was known in the community for his volunteer work and willingness to serve. Others knew him by the sound of his orange Roadrunner. His recent years of retirement were spent enjoying simple pleasures with his family and friends like kayaking, playing cards, or relaxing on his deck overlooking the Boyne River. There was always music, and you could often find him dancing, singing, or playing along.

A celebration of Bob’s life and the joy it brought to them was held on Monday, August 23, 2021 at Veteran’s Memorial Park in Boyne City. In lieu of flowers or donations, in his spirit please pay it forward and assist a neighbor or friend in need